Greg Clingham is the John P. Crozer Professor of English Literature and the Director of the University Press at Bucknell University, Pennsylvania. Born in Cape Town, brought up in London, and educated at Cambridge, Greg has taught at Cambridge, Fordham, New York, and Bucknell Universities, and at Tonbridge School, Kent. Greg has scholarly and teaching interests in eighteenth-century literature and culture, Britain and the Orient 1650-1850, poetic translation, and historiography, areas in which he has published widely and on which he has lectured in Japan, Singapore, China, South Africa, Ireland and the UK. 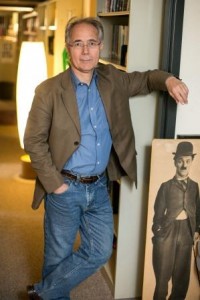 Greg enjoys travel, conversation, cooking, walking, and running, he has been a fan of Manchester United FC since the age of 10, and he lives happily with his wife, Merrill David, his two daughters, Jaia and Frankie, and their two cats in a book-filled house in central Pennsylvania that has a large garden with oaks and evergreens, lots of different bird species, and the occasional black bear. When they are not at home or abroad, the Clingham-Davids spend time with family in New York City, and holidaying in Cape May, NJ and on the coast of Maine.